A personal journey through cinema by Quentin Tarantino 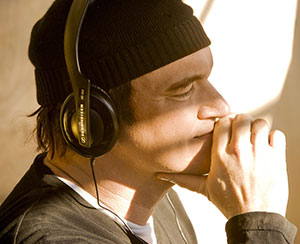 Discover some of Quentin Tarantino’s personal picks in this year’s lineup.


True Romance  by Tony Scott (1993, 2:00)
It’s love at first sight for Clarence and Alabama. She admits being hired as a call girl by Clarence’s boss as a birthday gift... The fierce and unbridled humor of Tarantino, who wrote the screenplay for his friend Tony Scott, electrifies this amoral and joyous road movie.
Institut Lumière Thu. 5pm | Comœdia Sat. 7pm

Specialists  by Sergio Corbucci (Gli specialisti, 1969, 1:43, French version)
Hud (Johnny Hallyday) wants to avenge his brother, who was lynched for having looted a bank. An iconic spaghetti western of cold violence, directed by one of the pioneers of the genre, admired by Tarantino: Sergio Corbucci.
Pathé Bellecour Wed. 5:30pm | Institut Lumière Sat. 4:45pm

The Crook  by Claude Lelouch (Le Voyou, 1970 , 2:00)
A gangster escapes from prison and embarks on a mysterious fugitive life. Jean-Louis Trintignant, playing the role of a charming thug, tricks the viewer in this virtuoso thriller.
Institut Lumière Tue. 7pm | Comœdia Fri. 11am

Three Hours  by Léonide Moguy (Le Déserteur/J’attendrai, 1939, 1:25)
Paul deserts his soldier post for a few hours in order to find his parents and his fiancée, and calm a family tragedy. Dedicated especially to Quentin Tarantino who dreams of seeing this film, quite unknown, to say the least...
Pathé Bellecour Wed. 3pm

The Outfit  by John Flynn (1973, 1:43)
Released from prison where he spent five years, Macklin decides to avenge his brother, who was killed by the Mafia in Chicago. A breathless thriller with Robert Duvall at the top of his form. (See Rolling Thunder below for showtime).

Rolling Thunder  by John Flynn (1977, 1:39)
When a Vietnam veteran is showered with gifts upon his return, a gang of thieves sees an opportunity to get rich. Another of Tarantino’s Top 10 movies, whose distribution company is called Rolling Thunder Pictures.
Institut Lumière Sat. 10pm (John Flynn Night: The Outfit, followed by Rolling Thunder)

High School Confidential!  by Jack Arnold (1958, 1:25)
Tony Baker, a rebellious teenager who plays the bully, arrives at a new high school where he intends to become the leader of dunces and dealers. A gripping drama of American youth of the 50s.
Institut Lumière Wed. 7:30pm

The Three Stooges (a selection of short films from the 30s and 40s, 1:30)
A trio of American vaudeville comedians, the Three Stooges (Moe, Larry, and Curly) love pulling gags, each more hilarious than the next. One of Quentin Tarantino’s burlesque favorites.
Pathé Bellecour Wed. 8:30pm

Second-Hand Hearts  by Hal Ashby (1981, 1:38)
With the help of her somewhat submissive new husband, a strong-willed woman tries to get custody of her children back from her ex-husband. A comedy unjustly forgotten.
Institut Lumière Fri. 2:15pm