Hal Ashby,
the forgotten director of the '70s 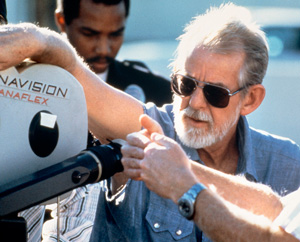 His name may be unfamiliar, but he made some of the best American films of the ‘70s.   If you like Martin Scorsese or Michael Cimino, discover the work of the unjustly overlooked Hal Ashby and his America, by turns funny and moving, political and engaged. A Retrospective of 9 films as overseen by Tarantino, an avid admirer of Hal Ashby’s (you’re in good company!).

The Landlord  (1970, 1:50)
The white owner of a building in Harlem gets to know his black tenants. This acidic comedy sends up an obtuse bourgeoisie and explores the ground at the confluence of two communities.
Institut Lumière Thu. 10pm | Institut Lumière Sun. 11:30am

Coming Home  (1978, 2:08)
A woman whose husband is fighting in Vietnam falls in love with a soldier who returns home wounded. Hal Ashby, influenced by underground culture, presents one of the first films to treat the trauma of the Vietnam War. Oscars for Jon Voight and Jane Fonda.
Pathé Bellecour Thu. 6:15pm | Pathé Bellecour Fri. 10:45am | Institut Lumière Sun. 5pm

Being There  (1979, 2:10)
The adventures of a simple gardener in a satirical comedy about power and communication. A masterful director of actors, Ashby makes remarkable use of Peter Sellers as a mirror onto an era in complete turmoil.
Pathé Cordeliers Tue. 10:45am | Comœdia Sat. 9:45pm | Pathé Bellecour Sun. 5pm

Second-Hand Hearts (1981, 1:38)
With the help of her somewhat submissive new husband, a strong-willed woman tries to win back custody of her children from her ex-husband. An unfairly forgotten comedy.
Institut Lumière Fri. 2:15pm