A brother Dardenne in Villeurbanne

With the shooting of his next film in full swing, Luc Dardenne has found just enough time toget down to the “Grand Lyon” for the Lumière festival. 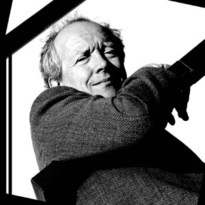 Often inseparable from his brother Jean-Pierre, Luc Dardenne has become a foremost figure of international cinema. They have worked together on the direction of a number of social commentary documentaries since the 1970s.

In 1987, the Dardenne brothers turned their hand to fiction for the first time with Falsch, co-written by Jean Grualt, Truffaut’s screenwriter. The film, inspired by an unfinished play by Kalisky, tells the story of an old Jewish man who flees Germany just before the Holocaust to settle in the United States.

In 1996, the virtually unknown Belgian brothers would create a sensation at the Directors' Fortnight in Cannes with an unflinchingly raw documentary on the shady world of clandestine work in the suburbs. The festival would again be bowled over three years later by Rosetta, the story of a young woman struggling to make ends meet, garnering a Best Actress Award for Èmilie Dequenne and a unanimously voted Palme d’Or. From this point onwards, successes and accolades would follow in quick succession: 2002’s The Son, a suffocating thriller, as intellectually rich as emotional; a second Palme d'Or in 2005 for The Child, a film about the hardships of existence in the social wastelands of Western society. A three year break would then be broken by Lorna’s Silence, a call to resistance against dangerous times that secured them the Best Screenplay Award. 2011’s The Kid With the Bike, full of grace and gentleness, would also premiere favourbaly at Cannes, bringing home the Grand Prix du Jury.

Luc Dardenne also finds the time to produce (The Minister, The Angels' Share, Beyond the Hills) and to write. In May 2012, he published a philosophical text entitled Sur l’affaire humaine (Seuil Editions), a work that probes the most intimate questions of human relations, from the death of God to the inherent solitude of every individual, from the fear of time, to the birth of children.

Although he is currently working with his brother on their next feature film, the highly anticipated Two Days, One Night starring Marion Cotillard, Luc Dardenne, with uncommon generosity of spirit, will nonetheless make a special stopover in Villeurbanne.